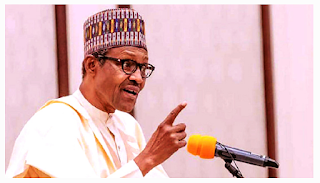 "Certain words that we were afraid of using before, such as genocide and ethnic cleansing, are now taking over the media waves,” Nigeria’s information minister Lai Mohammed claimed is a reason President Muhammadu Buhari’s regime is hounding journalists and critics.

The information minister also threatened that media organisations would be “shown the red card” if they failed to heed Mr Buhari regime’s call to be “patriotic.

A red card is a sign of dismissal or expulsion of a player from participating in a football game. A non-playing contingent, like the coach or medical staff, can also be shown the red card.

“That is why it is important to call everybody to order to appeal to their sense of patriotism that they should understand that because there is a country called Nigeria,” Mr Mohammed added while speaking with NAN in Sal Island, Cape Verde.

He stated this on Wednesday during the 64th Conference of the UN World Tourism Organisation (UNWTO) Commission for Africa and the Second Edition of the UNWTO Global Tourism Investment Forum.

Speaking on the sideline of the event, the minister added, “In the last few weeks, the country has been awash, especially from the broadcast media, with very incendiary rhetoric which has created a sort of panic in Nigeria. The incendiary rhetoric that comes from political, religious leaders, and some opinion moulders have the capacity to set the country on fire.”

The minister said the National Broadcasting Commission and other regulators would ensure that broadcast stations abide by statutory laws and ethics.

There have been reports of Mr Buhari’s regime’s hounding of journalists, recently at Channels TV, and public analysts for criticising or opposing the government’s policies, actions, and inaction.