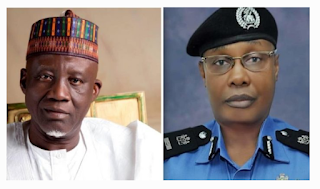 “For purposes of clarity, the recruitment of 40,000 police constables, approved by the federal government, is being carried out in tranches of 10,000 per batch,” said Mr Dingyadi.

The police affairs minister added that the first batch was “successfully concluded” in 2019 and that arrangements had reached an advanced stage to conclude the second batch of the process.

Mr Dingyadi also disclosed that the process was being carried out by relevant agencies responsible for the recruitment.

He, however, urged Nigerians to treat as fake news a report trending on social media that Mr Buhari’s regime would recruit 400,000 police officers.

This was stated in a statement by the minister’s spokesman Osaigbovo Ehisienmen on Thursday in Abuja.

Mr Dingyadi explained that the report was an act of mischief, targeted at misrepresenting the 40,000 recruitment of police constables approved by Mr Buhari’s regime.

According to him, the report claimed that the police affairs ministry was working independently of the Police Service Commission and the police force to carry out the recruitment exercise.

The minister insisted the report intended to create platforms to defraud unsuspecting jobseekers.

“For the avoidance of doubt, the purported 13-man ministerial project coordination committee set up by the ministry to conduct the recruitment process is a figment of the author’s imagination,” explained the police affairs minister. “Such committee does not exist in the ministry.”

Mr Dingyadi urged the public to be cautious of false recruitment into the police force.