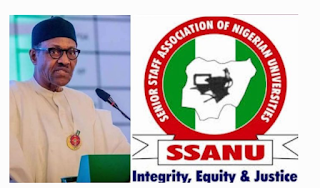 The Senior Staff Association of Nigerian Universities (SSANU) has decried the shoddy and lopsided implementation of core components of the Integrated Payroll and Personnel Information System (IPPIS).

Mohammed Ibrahim, SSANU National President, said this in a communique issued at the end of a three-day National Executive Council (NEC) meeting and leadership training of union members.

Mr Ibrahim explained that the association deliberated on various challenging issues of the union at both branch and national levels.

”NEC in session observed with dismay the shoddy and lopsided implementation of some core components of the Integrated Payroll and Personnel Information System (IPPIS),” said Mr Ibrahim. ”Specifically, hazard and other earned allowances that are yet to be fully implemented in the monthly salaries of our members as earlier agreed.”

He further stated, ”Granted that implementation of the allowances has commenced, it is rather surprising that they are scandalously captured. Government is, therefore, earnestly urged to stabilise the mode of salary payment vide IPPIS and immediately commence the payment of hazard, responsibility, excess workload, overtime, and others, alongside monthly salaries without further delay.”

SSANU also “noted with great concern, the reluctance of the federal and some state governments to implement the new national minimum wage and its accumulated arrears.”