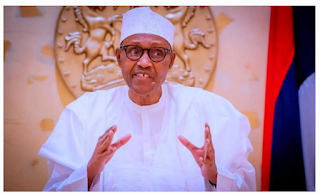 Northern Elders’ Forum, NEF, says Nigeria is in serious trouble because Muhammadu Buhari, a regional president, is leading the country.

Spokespman for NEF Hakeem Baba-Ahmed, made the assertion while being interviewed on Arise TV on Tuesday.

Mr Baba-Hammed reckons that the North’s insistence on having a president of northern extraction in 2015 landed the region in big trouble upon its realisation.

“We have a learnt a lesson from the North about this tendency to say ‘only one of our own’. We are in trouble today, because one of our own has put us in serious trouble. And if the North doesn’t believe that, they should just look around.”

The NEF chieftain, who over the weekend said the North has the population to dominate Nigeria, said Nigeria must move behind ethnic, regional and religious sentiments in leadership recruitment.

“If we can’t move beyond ethnicity and religion and think of one country and create citizens of equal rights, then I’m afraid all we are going to do is go in circles and keep repeating the same mistakes we are making,” Mr Baba-Ahmed said.

“Leadership has failed Nigerians, not just northerners. What we are trying to say is that ‘don’t let us keep going back’. If this country becomes a hostage of primordial and limiting past, we are in trouble — all of us, Mr Baba-Ahmed reiterated.

Over the weekend, Mr Baba-Ahmed said heaven will not fall should another northerner succeed Mr Buhari in 2023, a statement that elicited much criticism from the public.

In July, governors of southern states in a communique after their meeting in Lagos said southern Nigeria must produce the next president in 2023.