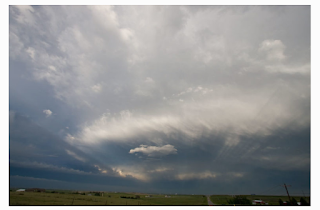 The number of extreme weather or climate-related disasters has increased significantly since 1970, a report by the World Meteorological Organisation (WMO) revealed on Wednesday.

It noted that the number of weather-related natural disasters declined slightly during the following decade, from 2010 to 2019.

More than two million people died in the approximately 11,000 natural disasters that occurred between 1970 and 2019, ranging from storms to floods, droughts and extreme heat events.

The WMO report did not include disasters such as earthquakes or volcanic eruptions.

The WMO had long warned that such natural disasters were becoming more frequent and more intense due to climate change and has called for early warning systems to be developed.

Meanwhile, the number of people dying has fallen significantly thanks to earlier, better warnings that storms are approaching.