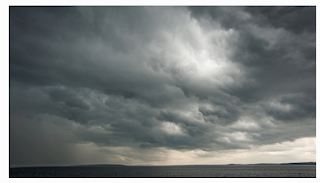 The Nigerian Meteorological Agency (NiMet) has predicted three days of cloudiness and sunshine from Thursday across the nation.

NiMet’s weather report released on Wednesday in Abuja predicted cloudy skies with spells of sunshine over the northern region on Thursday with prospects of thunderstorms over parts of Taraba and Kebbi  during the morning hours.

It further predicted thunderstorms over parts of Taraba, Borno, Bauchi, Gombe, Kaduna, Kano and Adamawa later in the day.

According to it, cloudy skies with intervals of sunshine should prevail over the North central states with prospects of early morning thunderstorms over parts of Niger, Kwara and the Federal Capital Territory.

“There are prospects of thunderstorms over parts of Plateau, Benue, Niger and the Federal Capital Territory during the afternoon and evening hours.

NiMet anticipated cloudy to sunny skies over the northern region throughout the period of forecast on Friday.

It further anticipated cloudy skies with interval of sunshine over the North central states during the morning hours.

“Thunderstorms are likely over parts of Benue, Kogi, Nasarawa and the Federal Capital Territory. The inland and the coastal cities of the South are expected to be under cloudy skies during the morning hours.

“As the day progresses, isolated thunderstorms are anticipated over most parts of the region, “ it said.

The agency envisaged sunny skies to prevail over the North-Central region during the forecast period on Saturday.

It envisaged inland cities and the coastal cities of the South to be predominantly cloudy during the morning hours.

It forecasts chances of isolated thunderstorms over most places during the afternoon and evening hours.