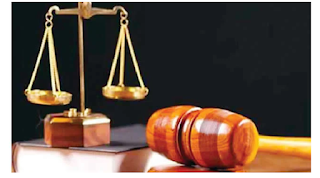 A Federal High Court sitting in Awka, Anambra State, and presided over by Justice N.O. Dimgba, has ruled as discriminatory the cashless policy of the Central Bank of Nigeria on six states of the federation and the Federal Capital Territory.

The states are Anambra, Abia, Lagos, Ogun, Kano and Rivers

This followed a suit instituted by an Anambra-based legal practitioner, Chijioke Ifediora, against the apex court, describing the policy as discriminatory and offending section 42 of the 1999 Constitution.

Ifediora told the court, “On the January 7, 2020, I visited a branch of the Bank in Amawbia Awka, to make payments into my bank account with the sum N600,000 but I was told by a staff of the bank that I would be charged three per cent of the cash amount I had.

“On enquiry, I was shown a Central Bank circular which was pasted across the cash machine PSM/DIR/CON/CWO/02/014 published on September 17, 2019, mandating the bank to charge three per cent for lodgement above N500,000.

“I was prevented from making the lodgement except I paid three percent of the cash amount above N500,000. There is no constitutional foundations for such discriminatory policy neither is any statutory enabler for such biased circular.”

The counsel for the CBN, Jackson Iragunima, in his submission, contended that the policy was not discriminatory, but for the wellbeing of the country.

The CBN maintained that the plaintiff did not have the authority of all the citizens and corporate institutions residing in Anambra, Abia, Lagos, Ogun, Kano, Rivers and FCT to institute the action on their behalf.

In his judgement, Justice Dimgba said, “I believe the claims in these depositions are sufficient to donate the plaintiff  not  only  with  a  locus  standi,  but  also  a reasonableness on the case which he has brought before the court.”

Describing the policy as unreasonable, he agreed with the plaintiff that the CBN policy was discriminatory and offended section 42 of the 1999 Constitution (as amended).

He said, “Assuming that the cashless policy is beneficial to the nation for its financial stability and growth, and inevitably demands the imposition of financial levies on banking customers as an incident of its operationalisation, why will residents in some named states suffer this disability while those in other states do not?

“This nation, as all civilized nations of the modern era, is governed by the rule of law. The rule of law demands that government institutions, such as the defendant in this suit, should provide rational justifications for policy choices they have made and not to act arbitrarily.”

The judge added, “This aspect of the policy imposing financial levies on lodgements/deposits, in my view, appears unreasonable. And it makes no difference if same was applied throughout the federation or limited to only the residents of a few states.”