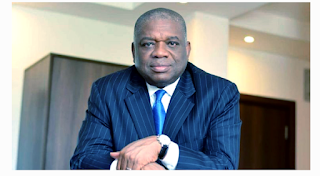 Justice Inyang Ekwo gave the order while delivering judgment in an application filed by the former governor seeking an order of the court prohibiting the EFCC from retrying him on a charge for which he had already been tried and convicted.

“An order is hereby made prohibiting the federal government through the EFCC from retrying the applicant on charge no. FHC/ABJ/CR/56/2007 since there was no order in the judgment of the Supreme Court for the retrial of Kalu,” the judge said.