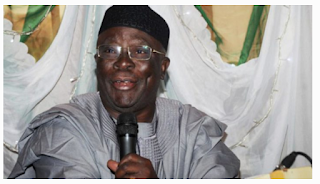 Pan-Yoruba socio-political group, Afenifere, says that the federal government taking more value added tax than states where it is realised is an unfair and unjust way to reward hardworking states.

Reacting to a recent court judgement on the collection of VAT in Rivers State, Afenifere demanded that the federal government practice true federalism as prescribed by the Constitution.

The group also said a previous court ruling had said that the federal government only has powers to collect income taxes of individuals and companies, capital gains taxes and stamp duties; while VAT should be administered by states.

Afenifere spokesman Jare Ajayi, in a statement made available to Peoples Gazette on Thursday, said each state should rely on the VAT it earns separately.

Mr Ajayi said that the FIRS sharing formula is unfair towards the states that earn more because the federal government gives 50 per cent of collected VAT to all 36 states, 35 per cent to 774 local governments to share, while it withholds 15 per cent.

In August, the Port Harcourt Division of the Federal High Court, in a suit filed by the Rivers State Government, ruled that states are allowed to collect VAT.

Prior to the judgement, Federal Inland Revenue Service collects consumption tax on behalf of the states of the federation and the FCT.

Since the judgement, the Rivers government has set machineries in motion to implement the judgement, much to opposition from the FIRS and some northern states.

Lagos State, the largest earner of VAT in the country, is also is in the process of passing its own VAT law to start collection.

Katsina State governor has however vowed to appeal the ruling of the Rivers court. The FIRS has also written the National Assembly to move VAT collection to exclusive list in the country’s Constitution to block states.

Mr Ajayi says stakeholders should hold a round table discussion in order to avoid multiple tax collection in the states.

He encourage the state governments, “To use the opportunity provided by these landmark judgements to explore other areas that the Constitution empowers them to assert themselves as federalists.

“In other words, they should step up actions that will liberate the states from the stronghold of the federal government that has turned Nigeria into a Unitary State – in contradistinction to the federal spirit prescribes by the Constitution.

“They should be rest assured of Afenifere support as they give vent to power devolution and entrenchment of true federalism in Nigeria.

“Areas in which the states need to assert themselves include agriculture, health, education, electricity, physical planning, title registration, registration and production of vehicle number plates and casino licensing etc as Lagos State Government did in the past.”

Meanwhile, the group warns that the move by the federal government to establish farm estates in all senatorial districts is another way of imposing the rejected cattle colony and RUGA on Nigerians.

“It is also another way of defying the federal spirit of the Constitution as lands are vested in the state governors,” the spokesman said. “If the governors granted the lands being asked for, cattle colonies would be established in these estates.”