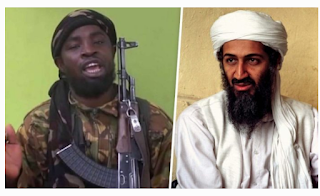 Nigeria took part in a special tribute to commemorate the 20th anniversary of the September 11 (2001) terrorist attacks on the U.S., while it has no memorial for thousands killed in Boko Haram’s decade-long terrorist attacks.

The Head, Strategic Communication, Counter-Terrorism Centre, Office of the National Security Adviser (ONSA), Ozoya Imohimi, disclosed this on Tuesday in a statement.

Mr Imohimi said the event, organised by the UN Office of Counter-Terrorism, held at the 9/11 Memorial and Museum in New York, reaffirmed the federal government’s resolve to end terrorism in the country.

Thousands of Nigerians displaced by Boko Haram terrorists litter unkempt IDP camps in and outside Nigeria, often subjected to sexual abuse and other indignities.

Many had suffered violent deaths, others trafficked.

“The commemoration demonstrated the UN commitment to never forget the nearly 3,000 people from over 90 countries whose lives were taken that day, and the thousands more that were injured or sickened,” the statement noted. “Through this event, the UN has further shown its commitment to support all victims of terrorism around the world and to work together to uphold their rights and needs.”

Mr Monguno is part of the Nigerian delegation to the UN General Assembly currently holding in New York.