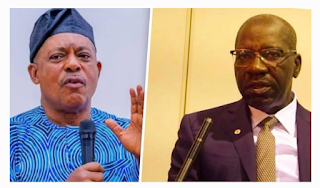 The Edo chapter of the Peoples Democratic Party (PDP) says it is worried about statements attributed to its members, charging them to stop reckless and careless utterances capable of distracting the party leadership.

The party’s chairman in Edo, Tony Aziegbemi, made the appeal in a statement in Benin on Tuesday.

He said the party was worried about “careless and reckless utterances” by some of its leaders.

According to him, the party leadership is exploring ways to address its internal disputes.

“We encourage political engagements and contestations which must be guided by the tenets of our constitution. We, however, frown at political indiscipline that brings disrepute to our brand,” the PDP statement disclosed. “While we encourage our leaders and members to exercise their democratic right of free speech, respect, restraint, and decorum should be their watchword.”

The statement pointed out that being in a new alliance that involved Governor Godwin Obaseki and his supporters from APC, “especially in one that was consummated in the circumstances that gave birth to our government, some challenges were bound to arise.”

The PDP also noted that various committees had been set up to resolve contentious issues.

It further said Mr Obaseki would always adhere to the party’s constitution.

“As a party in government, we must live and operate by example. We must be seen to follow due process, abide by the rule of law and always be conscious of the message we send to the general public, especially the voting population, at all times,” said the PDP. “We are answerable to them. We must highlight and boastfully report the successes of our governor and government.”

“The party is aware of the internal challenges it faces, and mechanisms have been put in place to finding a lasting and acceptable solution,” he said.