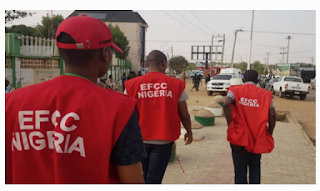 Mr Mohammed was arraigned on a one-count charge of obtaining funds by pretence. The accused converted the sum of N43,328,000 kept in his custody for personal use.

The charge read that sometime in 2018 in Maiduguri, the accused induced Ali Mohammed to give him currencies in Euros and Naira in the equivalent sum of N43,328,000 “under the false pretence of collecting same for safekeeping which you knew to be false.”

The offences contravene Sections 1(1)(a)(3) of the Advance Fee Fraud and Other Related Offences Act 2006.

The defendant, however, pleaded not guilty to the charge.

Prosecution counsel Fatsuma Muhammed in her submission asked the court to remand the defendant in prison until a date was fixed for the commencement of trial.

Justice Aisha Kumaliya fixed September 14 for trial and ordered that the defendant be remanded in the state’s correctional facility.