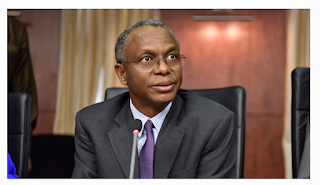 Governor Nasir El Rufai has slammed critics over claims that his government his anti-Southern Kaduna as APC claimed electoral victory in four local government councils in the area.

“The unprecedented victory in Jema’a augurs well for advancing unity and commitment to common endeavours in the interest of unity, peace and progress in our state,” said the governor. “It is an embrace that we do not take for granted. We accept it as a moment for opening new vistas, extending bridges and saying farewell to needless divisions.”

He further stated that ‘’this emphatic statement at the ballot box has shattered the unhelpful myth that any part of our state is an impregnable stronghold of any party” and removed “the baseless stereotyping of certain parties as ethnic bastions and religious vehicles.”

The governor made the statement in a statewide  broadcast on Wednesday to thank Kaduna residents for giving the All Progressives Congress (APC), victory at  the polls.

He welcomed the election as a unifying moment, describing the results from Kaduna South Senatorial District in particular, as significant in advancing political consensus in the state and overcoming divisions.

The governor expressed gratitude to the people for the support they gave APC candidates during the elections.

“Our people again demonstrated with their votes that they recognised our efforts to empower them, to educate their children properly, to secure better healthcare for them and to return their priorities to the heart of government,’’ he pointed out.

Mr El-Rufai further said he was particularly pleased that his administration’s efforts to promote democracy helped to further unite the state.

“We welcome the results in the Kaduna South Senatorial District, as a significant step in advancing political consensus in our state and overcoming division. The voters have given the APC victory in four of the seven local government where elections were conducted in Southern Kaduna,’’ he noted.

According to him, the APC had won in Jema’a and Kauru local government councils, in addition to retaining Sanga and Kagarko which it won in 2018.