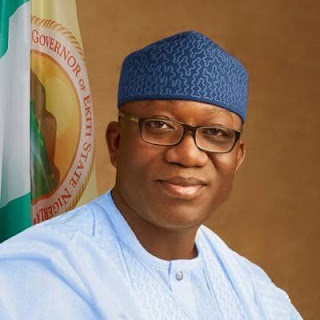 The Chairman of Nigeria Governors’ Forum (NGF) and Governor of Ekiti State, Dr. Kayode Fayemi yesterday disclosed that all governors in the country have in principle agreed that open grazing was outdated and there was need to embrace modern livestock management approaches.

He said while speaking on ‘THISDAYLIVE’ a programme monitored on Arise News Channel.

His remark was in the light of the feud generated by the comments of Governors of Ondo State, Rotimi Akeredolu and his Kaduna counterpart, Malam Nasir El- Rufai, following the anti-open grazing laws being adopted in most southern states.

Fayemi said the governors have also subscribed to the national livestock transformation plan via the National Economic Council decision that was taken during a meeting chaired by the Vice President, Prof Yemi Osinbajo.

“Any time there is an altercation between any of my colleagues, it is something that I feel wholly uncomfortable about because it takes us away from the substance, in this case on open grazing.

“I can tell you that we have taken a position as the NGF and both sides of the divide are correct. On the one hand, we have all agreed at the level of the NGF that open grazing is outdated and we need to look for alternative modern livestock management approaches,” Fayemi said.

He averred that there was need to balance the position of the southern governors on anti-open grazing legislation with that of the Northern Governors’ Forum by giving support to all states that have subscribed to the National Livestock Transformation Plan through funding from federal government agencies like NARSAL in same way the Central Bank of Nigeria provided support to rice farmers through funding.

“And that this could take the form of support to those who want to engage in ranching in the north and in the south. And that is why I said both sides are correct in the sense that Nasir El- Rufai of Kaduna State is talking about ranching as alternative way of stopping unrestrained open grazing and catering to the need of those who embark on open grazing approaches. And the southern governors are opposed to that.