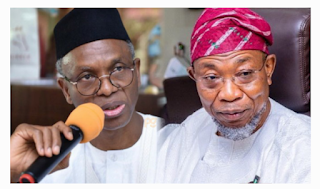 Rapists in Kaduna have a field day as the law to castrate and remove fallopian tubes of offenders is not implemented, laments the Kaduna State House of Assembly.

Specifically, Comfort Anwe, the Committee on Human Services and Social Development chairwoman, speaking during a dialogue session with stakeholders on the challenges confronting girls’ education in the state, alleged that those responsible for implementing the law recommending castration, removal of fallopian tubes or death for culprits had failed to do their job.

Salpingectomy is the surgical removal of one (unilateral) or both (bilateral) fallopian tubes.

Because no example was set to serve as a deterrent, she said offenders felt it should be business as usual.

Mrs Anwe, who spoke in an emotion-laden voice, lamented that the efforts put in place to ensure the law’s passage would remain in vain so long as those responsible for the implementation remained adamant.

She commended Governor Nasir El-Rufai, who stood firmly supporting the law, adding that the state lawmakers and the governor had played their role.

“I had talked to the governor on this challenge, but his predicament is that those responsible for the implementation are unwilling,” the lawmaker fumed. “Those of us in State Assembly had sleepless nights working on the bill, which was passed into law, but implementation is lacking, and so raping of innocent children has continued.”

She warned that unless all hands were on deck to ensure that examples were set, the society would remain in trouble over the menace of rapists in the state.

Also speaking on the matter, another lawmaker, Suleiman Dabo, lamented the law was not being enforced.

Mr Dabo, the House Committee on Education chairman, said there was a need for all stakeholders to view this development seriously and match talks with action.

On September 1, 2020, the Kaduna parliament had passed a bill sanctioning castration and death sentence for rapists.

The bill was passed following the amendment of the state’s Penal Code Law No 5 of 2017, based on an executive bill brought by the state governor.

It added that “where the female adult is convicted of the offence of rape of a child, the court shall punish the accused by bilateral salpingectomy and death.”

It further noted that where the victim “is above 14 years, the court shall on conviction” sentence the accused ‎with surgical castration and life imprisonment.