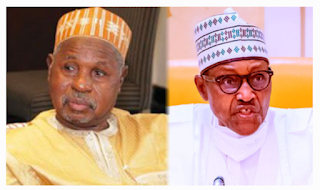 The Independent Corrupt Practices and other Related Offences Commission (ICPC) has commenced tracking 72 constituency and executive projects in Katsina.

The projects were claimed to have gulped about N2.1 billion.

Assistant Chief Superintendent Buhari Bello made this known on Wednesday in Katsina.

According to him, the commission is tracking the 72 constituency projects worth N2,100,888,628.37 across the three senatorial districts in the state.

He added that the ongoing exercise in 17 states was under phase three to check how well money allocated by the government to critical sectors is utilised.

“The commission is focusing on education, health, agriculture, water resources, power, roads, and also empowerment,” said Mr Bello. “The first phase of the exercise was held in 2019 in 12 states and the FCT, while the second was in 2020 across 16 states,” the official disclosed.”

He further explained that the previous phases led to the recovery of assets worth billions of naira “to the government, return of equipment to communities for whom they were meant.”

“Also, about 300 contractors returned to sites and completed hitherto shoddily done or abandoned projects,” Mr Bello further disclosed. “The exercise led to the revelation that some projects were excellently and completely executed.”