IGP returns policemen withdrawn by predecessor to politicians, others - The Naija Weekly

IGP returns policemen withdrawn by predecessor to politicians, others 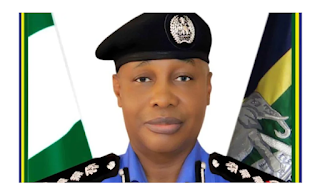 Despite manpower shortage, the Inspector-General of Police, Usman Baba, has restored police personnel that were withdrawn from politicians, businessmen and others who were not constitutionally entitled to such privilege.

Checks by our correspondent indicated that many operatives withdrawn by the erstwhile IGP, Mohammed Adamu, had been quietly restored to their various principals.

This is happening against the backdrop of inadequate policemen in the country estimated at less than 400,000 men.

Adamu had withdrawn the police officers attached to about 60 prominent Nigerians and corporate entities.

The withdrawal order was contained in a signal with reference no. CB: 4001/IGP.SEC/ABJ/VOL.116/32 dated November 4, 2020, signed by the Principal Staff Officer to the IG, Idowu Owohunwa, a Deputy Commissioner of Police.

But in spite of reports that bandits and other hoodlums outnumbered the police by a wide margin, checks revealed that the withdrawn personnel had been reinstated to guarding private citizens.

The PUNCH had reported the Katsina Governor, Aminu Bello Masari, complaining about the inadequate number of police officers in his state, stressing that the Nigeria Police did not have enough men to effectively police the state with a population of about eight million.

Speaking on condition of anonymity, a police officer attached to a real estate mogul said, “Most of the withdrawn policemen have returned to their principals. I was not affected by the withdrawal order but my colleagues who were withdrawn have been reinstated after their principals went to the force headquarters to sort out the issue.”

The force spokesman, Frank Mba, said, “The order (withdrawing poilicemen) was a decision taken by the IG but backed by the management team and that decision still stands till today.

“However, the police owe also certain categories of citizens a duty of care; they could be political office holders, high-risk individuals in the business or corporate world. These persons would always get added layers of security in addition to what we proffer on the streets and highways. The personnel who have been withdrawn can only return if there are new facts which required a review of the initial decision in their favour.”