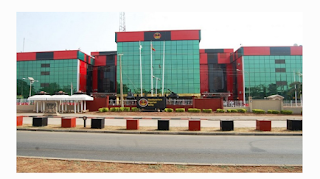 The committee has the mandate to promote peaceful coexistence and recommend measures to achieve a lasting solution to the clashes and killings in the state.

In a statement, the media officer of the task force, Ishaku Takwa, said the operations commander, Ibrahim Ali, inaugurated the committee on Saturday in Jos.

According to the statement, members of the committee were drawn from communities in Bassa, Jos North and Jos South local government areas of the state and are people with deep knowledge of the conflicts in the affected areas.

It added that committee member’s experiences in communal conflict resolution would assist in fast-tracking the restoration of total peace in all parts of the state.

The committee would assist in making recommendations that would help OPSH and Plateau government to find lasting solutions to the conflicts in the state.

“The committee will identify the root causes of the crises in Bassa, Jos North and Jos South local government areas and recommend implementable strategies that would lead to sustainable peace on the Plateau,” the statement said.

The committee has two weeks to submit its reports to the military for further action.