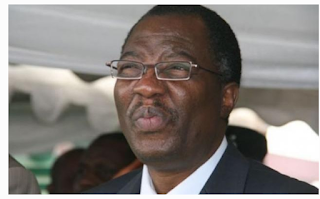 A former Governor of Ogun State, Gbenga Daniel, has said Nigeria needs to develop a clear 10-year roadmap that will restructure the system and solve the issue of insecurity and economic growth in all the states of the country.

Mr Daniel stated this on Friday while speaking at the Continuous Political Education Programme organised by Politics Leadership Training Institute (POLA), in Sagamu.

The former governor advised Nigeria to plan out a blueprint that will assist all federating units to reach a sustainable economy that thrives on the growth of local economy across all states.

He emphasised the need for Nigeria to adopt a restructuring plan that will work for all states to be self-sufficient adding that there is a need for the country to stop running a system that cannot sustain the economic growth of the nation.

“But this approach must be systemic and not brash. A sudden fiscal restructuring that doesn’t focus on collective economic growth for all states will create a chaotic migration problem and burden for the developed ones,” Mr Daniel posited. “Hence, the approach for a heterogeneous country like ours will be to create a blueprint that will assist all federating units to reach a sustainable economy that thrives on local economic growth relying on the peculiar economic niche.”

“I repeat, the path to Nigeria’s economic growth lies on the universe of values; on the nation’s ability to develop a clear ten-year roadmap for local productions of all that its citizens must consume. This will answer not only to its economic recovery, but more importantly towards addressing what is now becoming its perennial security challenges,” he emphasised

Notable voices and regional bodies, especially from the southern part of Nigeria have been agitating for restructuring and fiscal federalism over the years.

Recently, governors of states in the South restated their commitment to devolution of power from the centre. The body also on Friday lent its support to collection of value added tax by state governments, a move seen as a pathway to fiscal federalism.

Conversely, opposition to restructuring the country has been particularly mounted by political leaders in the North.

As an example, many northern states have kicked against the latest moves by southern states, including Rivers and Lagos to commence collection of VAT. They say the move was selfish and could render other economically inert states, mostly in the North, unsustainable.

Mr Daniel also believes “restructuring plans can best work when the federating states have the potential for self-sufficiency,” saying the mono-economic dependency system is unsustainable, and archaic. He urged for a plan that ensures “no state is left behind”.

The former governor also touched on calls for secession around the country, noting that “no nation devalues itself to prosperity.”

He mentioned that the nation’s strength lies in its demographic-economy that can only be offered by a united nation. He reckons that Nigeria is being referenced and respected not just for its economic power but its population strength globally.

“The raging clamour for secession across the country is a slippery slope that poses a danger to our nation. The agitation for a divided Nigeria is an agitation that will do great harm to all the indexes that make us matter in the continent and globally,” he said.

“When people say our strength lies in our unity, what they refer to is the demographic economic advantage that only a united Nigeria can offer. Globally, we are being referenced and respected not just for our economic power but our strength.”

Speaking further, Mr Daniel said every region has a cultural identity and the diversity of the people needs to be converted into strength rather than us allowing it to weaken the country.

“Every region, state, tribe or ethnic cleavage in Nigeria has subsets of groups and all with distinct historical and cultural identities. So, for every agitation of ethnic cleavages are we going to recommend further Balkanization?” He asked.

He pointed out: “Creative leadership is about managing and tapping into the economic advantages of each State for the common good.

“Every part of the country also has adequate human resources and manpower that can be exported for foreign exchange to balance trade deficits.”

He said the country does not have any reason to be poor or divided because all social problems can be solved strategically by creating economic prosperity for all citizens.

“We tried this model in Ogun State when I was Governor, we tried to develop the Tourism industry, we used sports as an economic instrument to create job opportunities and to solve social problems dealing with crimes,” he said.

Mr Daniel established POLA after leaving office in 2011. He said his vision for the institute was to train and mentor emerging leaders that would be ready to take over leadership in their field of endeavours.

The latest edition of the Continuous Political Education Programme with about 60 participants commenced on Friday with the theme: “Understanding Democracy, Quality Representation and Political Management.”