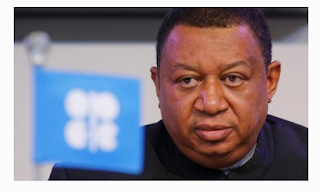 Mohammad Barkindo, the Secretary-General of the Organisation of the Petroleum Exporting Countries (OPEC), says Iraq will host the organisation’s 60th anniversary in the first quarter of 2022.

On Monday, Mr Barkindo disclosed this in a letter he signed and issued to all heads of delegation of OPEC member countries and non-OPEC countries participating in the Declaration of Cooperation (DoC).

OPEC was created at the ‘Baghdad Conference’ on September 14. 1960.

“His Excellency Ihsan Abdul Jabbar Ismaael, Minister of Oil of Iraq, has informed me that his esteemed country remains ready, willing and able to host an anniversary event, having completed all the necessary arrangements, and this will now take place in the first quarter of 2022,” said Mr Barkindo. “The OPEC Secretariat will continue to work closely with the Ministry of Oil of Iraq to assure all the necessary logistical and preparatory requirements are arranged. We look forward to seeing you in Iraq in early 2022.”

On June 30, Mr Barkindo announced that the government of Iraq had agreed to host OPEC’s 60th anniversary on September 30, 2021, at the Al-Shaab Hall in Baghdad.

However, Mr Ismaael announced the postponement of the event through a letter to the OPEC scribe.

Mr Barkindo commended Mr Ismaael and his team for their cooperation and understanding.