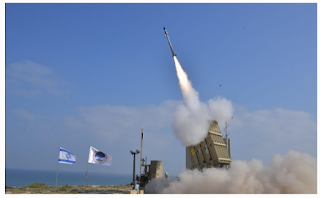 Israeli Defence Force fired missiles into Damascus at midnight on Thursday, according to reports by state news agency SANA.

The Syrian air defenses intercepted missiles over the southwestern countryside of Damascus as the sound of the interception was clearly heard in the capital.

The Israeli strike was carried out from inside the Lebanese airspace, SANA reported, citing a military source.

The agency added that the air defenses intercepted most of the missiles.

The Israeli attack is the latest in a string of strikes targeting military sites across Syria.

Israel has repeatedly launched attacks on Syrian military sites under the pretext of fighting pro-Iran militias.