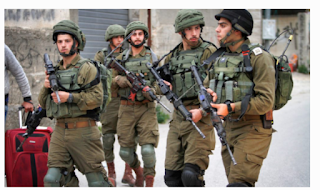 Four of the six Palestinian fugitives who broke out of an Israeli high-security prison nearly a week ago have been captured, police said on Saturday.

Officers captured two of the inmates after finding them in the northern city of Nazareth late on Friday – reportedly after security forces were tipped off to two men asking people for food.

Hours later, police said, two other fugitives were discovered in a lorry parking area not far away, including Zakaria Zubeidi, a high-profile former Palestinian militant leader at the time of the second Intifada.

Two Palestinians were still on the run on Saturday.

Militant Palestinian organisations had celebrated the prisoners’ tunnel escape from the Gilboa prison on Monday as a humiliation for Israel.

The detainees had been convicted of deadly attacks on Israelis, according to reports.

According to the Jerusalem Post, some 200 roadblocks have been set up. In addition, the army arrested and interrogated several relatives of the jihadists.

The initial news of the capture of the first two prisoners sparked demonstrations in the West Bank late Friday.

Elsewhere, the Israel Defense Forces (IDF) said that militants in Hamas-ruled Gaza fired a rocket at Israel on Friday night, but that it was intercepted by the Iron Dome defence system.

Later the army said that it struck a Hamas machine gun post, storage site and military compound in response to the rocket launch.

“Hamas is responsible for all terrorist attacks emanating from Gaza,” the IDF tweeted.