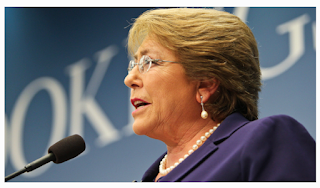 United Nations High Commissioner for Human Rights, Michelle Bachelet, has said the Israeli military killed 54 Palestinians, including 12 children, since the beginning of 2021.

Ms Bachelet said this on Monday at the opening of the 48th session of the UN Human Rights Council (UNHRC) in Geneva.

“So far this year, 54 Palestinians, including 12 children, have been killed by Israeli forces in the West Bank,” Ms Bachelet said.

This number is over two times higher than that of 2020, the High Commissioner stressed, adding that over 1,000 people were injured using live ammunition.

“I am also deeply concerned by crackdowns on dissent by the government of the state of Palestine in recent months.

She noted that the arrests of many activists in August hint at the fact that repression is deepening and called on the authorities to guarantee the safety of protesters and respect fundamental human rights.

The 48th session of the UNHRC started on Monday and will last till October 8.