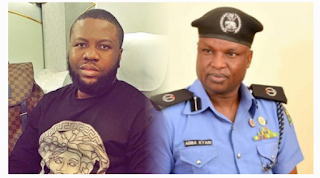 The United States prosecutors handling the case of Abba Kyari and co-conspirators in the multimillion-dollar fraud masterminded by Ramon ‘Hushpuppi’ Abbas have accused the disgraced police office of being at large.

Officials said they would proceed with the trial of three other co-conspirators in the international wire fraud and money laundering case that will commence in October and may last until May 2022.

Mr Kyari has been hiding behind Nigeria’s corrupt police system to obstruct his extradition to the U.S. to face trial after his indictment in July.

The police in Nigeria have set up three different panels to examine and reexamine the case filed by the FBI against Mr Kyari.

The minister’s comments quickly met rebuttal from legal experts, who said it was more of an attempt to help Mr Kyari escape justice because his extradition process could easily be handled by the attorney general’s office.

The prosecutors and the defence attorneys have agreed to proceed with the trial of Motunrayo Fashola, Bolatito Agbabiaka and Yusuf Anifowoshe, the three co-conspirators already arrested and released on bail.