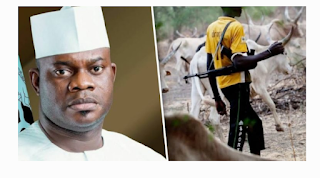 The socio-cultural group, Okun Development Association (ODA), has condemned the attack on worshippers at a church in Kabba-Bunu local government area.

He said the fear of this and similar occurrences in different parts of Okun land made ODA appeal to the Kogi government to reconsider its open-door policy to herdsmen.

ODA national secretary Ben Abereoran on Tuesday in Lokoja decried, in a statement, the needless attack on innocent people who gathered to worship their God in line with their religious tenets.

He noted that the church attack was among the numerous insecurity issues bedevilling communities in Okun land.

“The attack and the attendant loss of life are barbaric, unfortunate and extremely very sad,” stated Mr Abereoran.

“Those who disguised as ordinary people going about for their survival, Okun land. They had and still harbour evil intentions. Today, we all know better,” Mr Abereoran noted. “Also, the jailbreak at the Federal Minimum Correctional Centre, Kabba, and the kidnappings in Ijumu, Kabba-Bunu, Mopa Amuro, Oworo land, Yagba East and Yagba West local government areas, are alien to our land.”

ODA called for improved security in the areas to prevent further attacks.

“We, the ODA, do not want to believe that the security agencies lack the ability and capacity to decisively deal with this situation,” the ODA statement added. “This is why we once again appeal to our political leadership across the board, for the sake of millions of young, innocent children and the overall long-term interest of Nigeria, to demonstrate the political will and put this menace to rest once and for all,” he said.