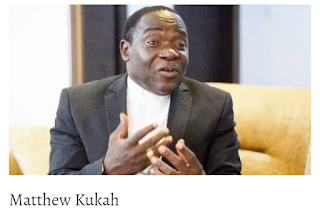 Experts at a media forum on Wednesday warned against any planned regulation of media practice in the country, saying it would be a great to democracy.

The media experts bared their minds during a conversation titled, ‘The media and the defence of the civic space,’ organised by the Kukah Centre in conjunction with OSIWA and the Shehu Musa Yar’Adua Foundation.

The panelists submitted that the media had enough mechanism to regulate itself and did not need any new law.

Delivering his address, the Catholic Bishop of Catholic Diocese of Sokoto, Rev. Fr. Matthew Hassan Kukah, said the advent of the social media which has created “journalists” all over is not necessarily a bad thing.

He however said there was no need for government to introduce regulation as it was left for the people to decide which medium to be trusted.

Izeze said the Nigerian civil space predated government “as we have been having civilized conversations in the country that make us Nigerians despite our social, cultural and religious dichotomies.”

Ogodo said, “It has become impossible to clamp down on the media like it was done in the past when journalists could easily been locked up. With the advent of the social media, everyone is now a journalist on the move.”

He added, “Both traditional and social media have mechanisms to weed off the chaff and should be allowed to grow unimpeded.”

Alaka called on the media, being the oldest institution of democracy, to come out to play the role assigned to it by the constitution.

Alaka said, “The fact we see today is that the legislators, despite the fact that they should be representatives of the people, are representing themselves.”