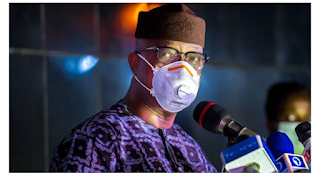 OGUN State Government on Wednesday explained why it was unable to remit contributory pension, cooperative and loan deductions of local government workers for the month of August.

The Ogun State Commissioner for Local government and Chieftaincy Affairs, Afolabi Afuape, disclosed this during the Joint Account Allocation Committee meeting with the Chairmen of the 20 local government areas in the state.

Afuape said all the local government areas in the state got the sum of N3,433,534,037.71 as revenue allocation from the Federal Government for the month of August.

He lamented that the ministry could not meet up with the financial obligations of the local governments totalling N4.012bn.

“We are back to the same thing almost every month; we have a shortfall of N578,927,662. And as such, some statutory payments could not be made.

“This explains why at times, we are saying we are not paying PAYE to the state; we still owe some cooperative deductions because the money is not even enough to pay all these.

“And if this (Federal Allocation) is not enough to pay, there is no way any local government will be able to get any money,” he added.