Lagos police officer shoot teenager to death in her home 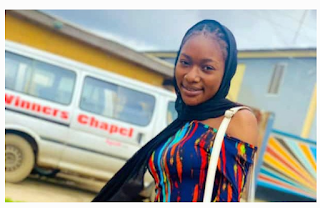 An 18-year-old lady was fatally shot by a police officer outside her home in Lagos Friday night.

The lady identified as Mosurat Ojuade, was killed by a trigger-happy policeman during a raid in Surulere neighborhood. She lived at 53, Mogaji Street, along Agbebi Road in Ijeshatedo.

Per a witness account, Ms Ojuade and her sister ran into their compound for safety, as the raider was ransacking the neighborhood. But as their mother tried to hurriedly closed the gate, the police officer shot into their gate. His bullet fell the unfortunate teenager.

Ms Ojuade was pronounced dead at an hospital after bleeding profusely from the bullet wound.

Before the police cut short her life, the victim was awaiting university admission having scored an impressive 236 marks in Joint Admission and Matriculation Board (JAMB) examination.

The Lagos police command confirmed that Ms Ojuade was hit by a stray bullet by one of its detectives from Panti Division on assignment to Surulere.

Lagos police spokesman Adekunle Ajisebutu, in a statement, said efforts were made to save the lady but she died on her way to the hospital.

He said unidentified police officer who shot Ms Ojuade have been arrested and detained by the police.

The Lagos State Commissioner for Police, Hakeem Odumosu, says he regrets the unfortunate but avoidable incident, while he commiserates with the family of the deceased.

Mr Ajisebutu added that the state commissioner of police has directed that the police officer should be dismissed from the force immediately and charged to court for his crimes.

“This is therefore to inform the bereaved family, sympathisers and the general public that the erring Police officer who pulled the trigger has been identified and is currently being detained,” he said.