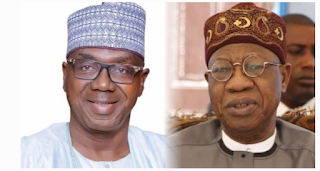 The two factions of the All Progressives Congress (APC) held separate local government congresses in Kwara on Saturday to elect their executives, deepening the political battle between information minister Lai Mohammed and Governor AbdulRahman AbdulRazaq.

The congresses were held at the LG secretariats of the two factions across the 16 local government areas of Kwara. The factions have been split between the information minister and the governor.

Both factions adopted consensus arrangements for the congresses as encouraged by the national secretariat. Abdulrahoof Bello, a chieftain of the APC loyal to Mohammed, led by Bashir Bolarinwa, told NAN by telephone that the exercise went smoothly in Omupo, Ifelodun Local Government Area.

He said all officers of the party in the local government were elected through consensus arrangement. Mr Bello said that there was no rancour as members conducted themselves orderly during the exercise. Damilola Olomu, who monitored the exercise in Patigi Local Government Area, said the congress was smooth.

The faction loyal to Mr AbdulRazaq, headed by Abdulahi Samari, also conducted its primaries across the state smoothly as party delegates trooped out to elect the new executives at the local government level.

A statement by the governor’s spokesman Rafiu Ajakaye said the congress took off amidst fanfare. He said delegates for the congress were peaceful in electing new leaders through the affirmation of consensus list earlier agreed to by all the stakeholders.

Mr Ajakaye said the delegates’ election started in every part of the state under a peaceful atmosphere and close supervision by the APC team from Abuja and INEC officials deployed for the exercise.

In Ilorin West Local Government Area, Sulaiman Tejidini was unanimously endorsed as the chairman for another term.