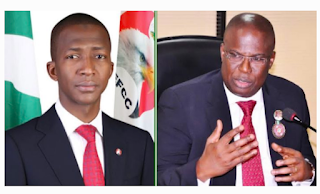 The Nigeria Extractive Industries Transparency Initiative (NEITI) says it will hand over information about 77 oil and gas companies that owe N2.659 trillion of unpaid taxes to the federal government.

According to Mr Orji, 77 oil and gas companies operating in Nigeria owe the federal government $6.48 billion, an equivalent of N2.659 trillion.

NEITI disclosed it would provide “all necessary information and data to sister agencies saddled with the responsibilities of recovering the debts into government coffers,” adding that the information will be shared with anti-corruption agencies.

He noted the debts identified in the report arose from the failure of the companies to remit petroleum profit tax, company income tax, education tax, value-added tax, withholding tax, royalty, and concession on rentals to the federation account.

The NEITI boss further noted that the disclosure was important and timely given the government’s search for revenues to address epileptic power supply, bad roads, falling education system, insurgency, and youth unemployment.

Mr Orji added that NEITI was determined to help the government recover the money from the 77 companies.

“A comparative analysis of what this huge sum of N2.65 trillion can contribute to economic development shows that it could have covered the entire capital budget of the federal government in 2020 or even used to service the federal government’s debt of $2.68 billion in 2020,” he stated. “In 2021, if the money is recovered, the N2.659 trillion could fund about 46 per cent of Nigeria’s 2021 budget deficit of N5.6 trillion and is even higher than the entire projected oil revenue for 2021.”