Nigeria not yet respecting rights of all human beings: UN - The Naija Weekly

Home News Nigeria not yet respecting rights of all human beings: UN

Nigeria not yet respecting rights of all human beings: UN 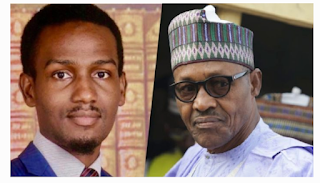 The United Nations says Nigeria has not attained the status of a nation that respects the rights of all human beings as it encourages Africa’s most populous nation to adhere to its constitution guaranteeing human rights and obey the UN’s ‘Call to Action’.

The UN statement followed President Muhammadu Buhari’s kick-off a new collaboration with the organisation in Nigeria to prioritise interventions in the area of human rights in the country.

At a dialogue that opened in Abuja on Tuesday, the two parties commenced talks on the protection of rights and the implementation of conventions and laws bordering on human rights, to which Nigeria is a signatory.

The UN had warned Mr Buhari’s regime to stop the enforced disappearance of Nigerians.

Speaking at the opening, UN resident coordinator in Nigeria, Edward Kallon, affirmed, “This initiative today is a step towards realising, in Nigeria, the dreams captured in the Call to Action for human rights.”

Mr Kallon, represented by Peter Hawkins, UNICEF’s country representative, explained that Nigeria, like many other countries, faced a myriad of human rights challenges.

“As Nigeria strives towards a nation that acknowledges the rights of all human beings with strong and effective national protection systems, UN instruments and the mechanisms they have established as well as the 1999 Constitution of the Federal Republic of Nigeria, sets out the agenda for much of the work,” Mr Kallon further stated.

Amnesty International accused the regime of supervising many Nigerians‘ abductions critical of or opposed to its rule.

The UN official pointed out that “the Call to Action for human rights, proclaimed in February 2020 by the secretary-general, underpinned the centrality of human rights” to the UN’s work and global peace.

He explained that the consultation with the government would help streamline the efforts of the UN in advancing human rights.

Mr Kallon specifically pointed out that the two-day dialogue would, among others, take stock of the UN’s support to Mr Buhari’s regime and national partners while developing a common understanding of the current trends in human rights.

He added that the dialogue would also identify “extant priorities for UN support in human rights,” taking into account the emerging trends on human rights in the country, “including the shrinking civic space, persistent discrimination, and inequalities.”