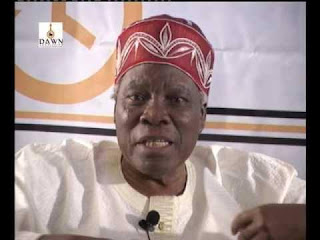 AHEAD of today’s grand finale of the million-man freedom march by the Nigerian Indigenous Nationalities Alliance for Self- Determination (NINAS), holding opposite the United Nations’ (UN) headquarters in New York, United States, all the indigenous people of the South and Middle-Belt in the United States and Canada have been urged to troop out in their large numbers to demonstrate and expose before the world, the rape of their ancestral lands and hijack of the assets and sovereignty by the President Muhammadu Buhari-led administration.

This was just as the coalition led by Professor Banji Akintoye alleged that unnamed agents of the Nigerian government had started hiring black foreigners living in the US with $500 per head to stage a pro-Buhari and one-Nigeria march opposite the UN Headquarters same day, where President Buhari will be addressing the 76th Session of the General Assembly.

Akintoye made the call on Thursday in a statement made available to newsmen by NINAS Director of Public Communications, Mr Maxwell Adeleye, but vowed that the will of the people shall prevail no matter how the Nigerian government tried to scuttle the NINAS grand finale march.

The elder statesman said the grand march scheduled for Friday in New York will be historic, hence, the Nigerian government was jittery, reiterating series of demands that NINAS would make to the international organisation, including the need to conduct a regional referendum so that the indigenous people can decide on their nationhood, pronounce the 1999 Constitution as a fraud, among others.

According to him, the people are the government and power belongs to them, promising that the march shall be people-centred and be peaceful as usual, even as he urged the Nigerian mainstream media and international media that had been covering the march to remain resolute and stand by the truth.