Northerners happy Buhari is in power despite bandits killing them: Sule Lamido - The Naija Weekly

Northerners happy Buhari is in power despite bandits killing them: Sule Lamido 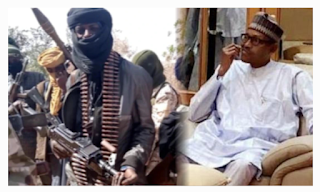 Former Governor Sule Lamido of Jigawa says northerners are happy with the APC regime despite wanton violence ravaging the North because President Muhammadu Buhari is one of their own.

“We see Nigeria as at my own time, ‘our own son’, ‘our own tribe and whatever he does’… I mean, people in the North are dying every day. We are not safe or secure,” Mr Lamido said in an interview with Channels TV on Sunday night.

When asked for his views on Boko Haram and bandits ravaging the North-East and North-West respectively, Mr Lamido, who has a pending case with the Economic and Financial Crimes Commission (EFCC), blamed increased insecurity on political leaders’ insincerity.

“It is this culture of telling lies to citizens during elections. When you raise their hope, by the time you come to government and fail to fulfil their needs, of course, you are going to be in trouble,” the ex-governor explained. “So these are some of the policy consequences of telling lies in campaigns. Leaders are not honest, sincere, and there is nothing called justice.”

Bandits have ravaged the North-West, kidnapping and killing several people, forcing schools to close many weeks.

Mr Buhari’s home state, Katsina, is one of the most ravaged northern parts by bandits and frustrated by the continued kidnapping and killing, Governor Aminu Masari in July called on residents to defend themselves.

Mr Masari advised the state’s residents and other Nigerians to fight bandits with their teeth and not wait for Mr Buhari’s regime to protect them.

“It is important for you to fight your enemy, even with your teeth bite him. Where are the warriors? I don’t understand our people these days. What they should be doing is not what they are doing,” Mr Masari said in the Hausa language.

He added, “You are waiting for brigadier somewhere to come, or soldiers and policemen or even fighting (sic) jet, is it not possible, they will do their work, but we need to join hands together.”