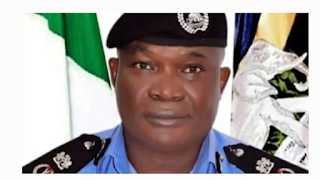 The Ogun State Police Command Saturday said that they arrested a 21-year-old armed robber during a robbery operation at the Sango-Ota area of the state.

The state police spokesperson, Abimbola Oyeyemi, said they arrested the suspect on September 14, following a distress call received by officers at about 9:45 p.m.

He said that two robbers were attacking a male, Abimbola Oyeyemi, at the Ile Pupa Iloye area in Sango-Ota, to dispossess him of his car.

“Upon receiving the information, the Divisional Police Officer (DPO), Sango-Ota, CSP Godwin Idehai, and his patrol team moved to the scene.

“On getting to the scene, the robbers, who were shooting sporadically, took to their heels, but one of them was arrested with the help of members of the community, while the other one escaped,” he said.

The spokesman said they recovered four live cartridges and one expended cartridge from the robbers.