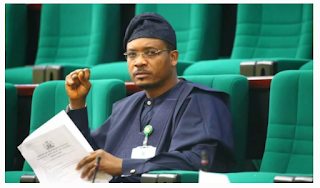 Federal lawmaker Shina Peller (APC-Oyo) has lambasted the Northern Elders Forum over comments that the region has the capacity to perpetually retain power in the country.

Hakeem Baba-Ahmed, NEF’s spokesman had in an interview with Arise TV on Tuesday reiterated that the North had the population to dominate Nigeria for decades.

He had at a lecture at the Ahmadu Bello University, Zaria, over the weekend, advanced a similar position.

But reacting to the outlandish assertion, Mr Peller asked: “How can the Northern Elders Forum tell Nigerians that power can’t shift to the south in 2023?”

Mr Peller said he disagreed with NEF’s position on grounds that equity, fairness and equality must not be cast off in the quest for power.

He castigated Mr Baba-Ahmed for attempting to divide the North and South with his inciting comments instead of working towards Nigeria’s unity.

“I disagree with their position. Having the majority votes does not imply that the principle of equity and equality should be ignored.

“Even as Muslims, our religion preaches peace and for it to flourish, there must be justice, equity and fairness. Power can’t remain in the north forever,” he stated.

The lawmaker said politicians should rather work on closing relationships to produce a unifying leadership for the country in 2023.

“I expect the South and North to work together to build strong institutions towards promoting unity and bring about a desirable shift in 2023 when there won’t be an incumbent president at the polls.

“This is an opportunity to correct a generational defect not focusing on factors that divide us.”

The 45-year-old also enjoined the elders to make room for the youths to close ranks for the progress of the nation.

“Allow the younger generation regardless of religion or ethnicity to work in synergy to build a nation of their dreams. Please let’s not heat the polity unnecessarily,” he advised.

Debates about Nigeria’s presidency are heating up as the tenure of the incumbent President Muhammadu Buhari elapses in 2023.

Southern Governors’ Forum have insisted that their region must produce the next president after Mr Buhari completes his term.

Northern groups and individuals are however kicking against the pre-condition, saying there was no law in the country mandating such.

Nigeria has, however, since the beginning of the Fourth Republic run on a gentlemanly North-South rotational presidency.