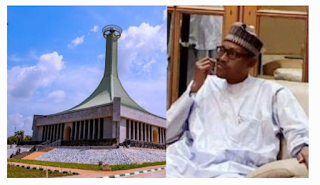 The Presidency has reeled out a laundry of milestone achievements of President Muhammadu since he assumed office in 2015.

In an article on Sunday, his media aide Femi Adesina provided a long list of “jinxes” Mr Buhari has broken.

He also listed the completion of the headquarters of the EFCC, NDDC complexes, started in 2011 and the mid-1990s, but completed in 2018 and 2021, respectively.

Mr Adesina added that the Zik mausoleum started in 1996, was completed, and inaugurated in 2018 by Mr Buhari’s regime as another feat.

He stated that “a giant-sized jinx was broken recently when the Nigerian National Petroleum Corporation (NNPC) announced a first net profit in the 44-year history of the organisation.”

According to him, under Mr Buhari, NNPC announced a “first-ever profit” of N287 billion.

He listed among the jinxes broken to include the “Petroleum Industry Bill signed into law in 2021, after almost two decades in the works.” Others included the “first National Social Investment Programme in the country’s history,” restoring the federal budget to a January-to-December cycle, enabling the NCDC Act and the Nigeria Police Act, 2020.

The media aide noted that the Discrimination Against Persons With Disabilities (Prohibition) Act, 2018 was “another unprecedented piece of legislation in Nigeria and Treasury Single Account (TSA), started in 2012.”