REMEMBERING GBENGA ADEBOYE ON HIS BIRTHDAY - The Naija Weekly

REMEMBERING GBENGA ADEBOYE ON HIS BIRTHDAY 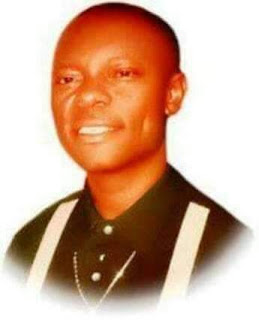 REMEMBERING GBENGA ADEBOYE ON HIS BIRTHDAY

He was a chief host of a popular radio program presented in Lagos State Broadcasting Corporation in the early 1980s where he got the household name Funwontan Oduology.

Gbenga was described as a generous comedian by a veteran Nigerian actress, Idowu Philips whose first car was a gift from the comedian.

He was also described as merchant and legendary king of traditional Oduology by his fans before he died of kidney-related diseases on April 30, 2003.

Gbenga Adeboye is the pioneer founder of *FIBAN* in Nigeria, Freelance and Independent Broadcasters' Association of Nigeria. An independent cooperate body of qualified broadcasters.

Before his death, he was a versatile entertainer and man of many talents, An orator, comedian, master of ceremony, broadcaster and songwriter.

His programmme on Lagos State Broadcasting Corporation gave him the pseudo-name Funwontan.

During his lifetime and at his death, he was described as a generous and careful person. Alaye mi Gbengulo, as he was called by fans, was a mentor to many talents.

Some of those who hold him in high esteem are: Abbey Fagboro, Ereke ni Soobu , Bashiru Adisa better known as Baba Gboin.

Fathia Balogun, Nollywood actress hit limelight when she featured as a dancer in one of his music videos.

*Mystery of Wednesday in his life;*

*He was born on Wednesday

*He died on Wednesday

*He started his education on Wednesday

*He released his first album on Wednesday

*His first trip to america was on Wednesday

*He started presenting on radio on Wednesday.

Entertainment
Posted by: Kanmi at September 30, 2021