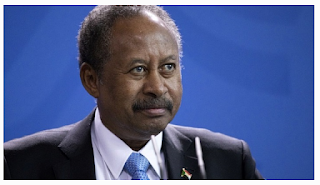 Soldiers in Sudan attempted a takeover of power in the country on Monday, according to state television, but the apparent coup was reported unsuccessful.

The coup came from soldiers in Sudan military’s armoured corps, as reported by Al Jazeera based on local media accounts.

The location of Prime Minister Abdalla Hamdok was not immediately known, but reports out of the capital Khartoum said solidarity songs are now being played on the airwaves.

It was unclear who led the attempted coup, but authorities said the push was thwarted and some suspects have been held for taking parts.

The country has been ruling under a power-sharing arrangement between the military and civilian players since the former head of state Omar al-Bashir was toppled in April 2019 following a protracted protest and civil unrest.