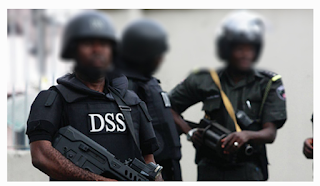 The State Security Service disrupted a meeting of Ahmadu Bello University students and made mass arrests in Zaria on Wednesday, according to witnesses.

National Association of Social Sciences Students at ABU called a meeting to discuss insecurity ravaging all parts of the country. Islamic scholar Sheikh Gumi was amongst those who attended the meeting, but he was said not to have been arrested.

The SSS agents broke into the meeting and rounded up the students who organised it, a witness said. School authorities had reportedly tipped the secret police off, saying the gathering was suspicious, The Gazette heard.

Dozens of students were feared arrested by the SSS agents, who reportedly stormed the school premises with arms and ammunition. There were no reports of injuries or fatalities.

The summit, themed: Insecurities in Nigeria, the Causes and Youths Panacea, was scheduled to commence at 10:00 a.m. Wednesday morning, according to an invitation seen by The Gazette.

The invitation was signed by Abubakar Umar Ahmad, president of the association. Mr Ahmad could not be reached for comments on Wednesday evening.

A spokesman for the SSS did not return calls seeking comments about the arrests, which has sent confusion across the school.

Nigeria has been gripped by acute insecurity since President Muhammadu Buhari assumed office in 2015. His administration claimed credits for neutralising most of the key masterminds of the violence that has killed thousands of citizens.

Kaduna, home to ABU, has been in the headlines in recent weeks over mass abduction of students across the state. Governor Nasir El-Rufai back the shutting down of telecom networks that commenced across the state this week.