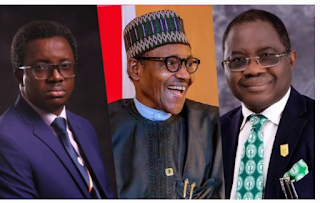 The Nigerian Medical Association (NMA) has slammed the National Association of Resident Doctors for accusing it of not being transparent.

“For clarity, there is no provision in the NMA constitution for who should be in the NMA president’s delegation during courtesy visits. Whoever is part of the delegation is purely at the discretion of the president,” argued the NMA. “Therefore, the allegation by the NARD’s president, one of the eight affiliates of the association, that he was sidelined is incorrect and mischievous and should be taken with a pinch of salt.”

The association said this in a statement signed by its spokesman Aniekeme Uwah on Tuesday.

The statement was issued on the heels of the association’s courtesy visit to President Muhammadu Buhari, at the State House, Abuja, on September 10.

The association described as incorrect and mischievous, the allegation by Uyilawa Okhuaihesuyi, NARD’s president, that he was sidelined from participating in the meeting with Mr Buhari.

The NMA added that the meeting with the president was to present its newly elected officers.

“If insinuations should be made, it should be the other way round as the NARD’s president has consistently failed to carry the parent body along in her critical decision-making processes,” the association claimed. “The visit, though delayed due to the COVID-19 pandemic, was the first by the present NMA National Officers Committee (NOC) since her election on May 30, 2020.”

Speaking on the ongoing resident doctors’ strike, NMA called for the speedy implementation by relevant ministries, departments, and agencies (MDAs) of government, of the MoU, signed on August 20.

“I urge the MDAs to implement these demands without any further delay in line with the directive of President Muhammadu Buhari, GCFR, so that our members, who are currently on strike, can return to work,” the NMA stated.