Subversive groups after us, SSS cries out - The Naija Weekly

Home Crime & Security Subversive groups after us, SSS cries out

Subversive groups after us, SSS cries out 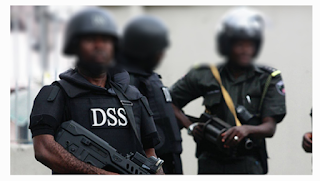 The State Security Service (SSS) has raised the alarm over plans by subversive groups and individuals to undertake a negative media campaign against the secret police.

The SSS spokesman Peter Afunanya said in a statement on Tuesday that the plan would involve the use of fake news, propaganda, and malicious narratives through sponsored articles, among others, to undermine the organisation.

He added that the SSS had steadily monitored “these activities, their perpetrators and therefore wished to inform the public to disregard the emerging trends and patterns.”

The secret police are notorious for disobeying court orders and have been accused of disrespecting the rights of suspects.

The SSS spokesman pledged the commitment of the service to discharge its mandate without being distracted or silenced.

It called on those engaging in deliberate efforts to run the SSS down, to stop or be ready to face the full wrath of the law.

A few days ago, armed operatives of the SSS opened fire outside Sheraton Hotel in Abuja to disperse Nigerian doctors who were arriving for an interview for medical positions in Saudi Arabia. At least one person was injured.

In July, the SSS arrested Priye Amachree, a filmmaker, and prevented his relatives from seeing him. Mr Amachree, a film director and cinematographer, was arrested for his connection to three Israeli filmmakers abducted but later released by the SSS for suspected connection with outlawed Indigenous People of Biafra, per Sahara Reporters.