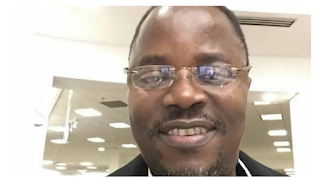 The suya burnt his palms, but he was stoic, like a true Christian. Initially, he tossed the hot suya from palm to palm ping-pong, then flung open the Holy Bible with his left hand, and ripped off pages from the New Testament, placing the hot suya on the word of Christ. Calm embalms his palms.

With chunks of oil-dripping suya and an unending availability of cow milk, the fatalities accompanying cow breeding in Nigeria, such as Fulani blood-feast on farmers and farmlands, and northernised grazing routes, can be left to roam freely for eight tenured years or forever.

For good or for bad, there’s a coin to every issue. To eat meat in our land, something must give; Nigerians must bow to cow or die by bullet. This is our new normal. You can’t have your cow and eat it too. Life is give-and-take: give meat, take life.

Though many Nigerians would call him a ChriSTAIN, rather than a Christian, I’ll never call Adesina a stain. But I won’t call him a saint, either, because the hyssop leaves Adesina is using to wash the Buhari regime has turned scarlet. Why? I do not know. But I know red is the sign of danger. It is also the colour of blood, fear and death.

Black, reserved and handsome, Adesina, as a fisherman in the Aso Rock vineyard, is casting his net into the deep, like other sinless cabinet members and angelic political lions across the land, catching plenty of fishes. For, “It is written, Man shall not live by bread alone…”

Verily, verily I say unto ye Nigerians, the god of Aso Rock, Buhari, appears to have given an unquestionable order, Herod-like, to all cabinet members and disciples, to win the vilest of men into the kingdom.

According to a scroll he wrote a day before Sabbath, Adesina gave reasons why the Kingdom of Aso Rock was prepared to accept all manner of questionable characters, ranging from the corrupt to the vomit-eating dog.

The megaphone of the war general, Adesina, likened Slanderer-in-Chief and Party-Hopper, Femi Fani-Kayode, to a prodigal son, in the scroll he wrote to defend the presidential pardon given to the defecting Fani-Kayode, whom he described as eating his vomit.

If Adesina had stopped at listing the uncountable allegations Fani-Kayode’s mouth ran against Buhari and his regime, he probably would have been counted among the prophets.

But in the manner of fake prophets, Adesina likened Buhari to god, saying, “By agreeing to the readmission of FFK to APC as the leader of the party, and hosting him at the Villa, President Buhari displayed amazing capacity to forgive, to show mercy, and let bygones be bygones…”

“The quality of mercy is not strained.

It droppeth as the gentle rain from heaven

Upon the place beneath. It is twice blest:

It is an attribute of God Himself.”

If led by the flesh, Adesina affirmed that Buhari ‘would have told FFK to go to hell, and stay there. But Buhari didn’t. He displayed an attribute of God: forgiveness’.

This is the very point, where Adesina ascended the Tower of Babel, and lost his tongue, unable to make decipherable meaning henceforth – like Zachariah, the father of John the Baptist.

This is the very point when Adesina tore the pages of the New Testament, and twisted the parable of the Prodigal Son by Jesus Christ to suit the narrative of his paymaster, Buhari – to earn his daily bread.

In the words on the scroll issued by Adesina, the driving force behind the ‘forgiveness’ was a compelling desire to change Buhari’s long-held image as an unforgiving fascist to a benign overlord.

By the way, what does Buhari mean by saying he has forgiven the garrulous Fani-Kayode? Forgiveness for what? For alleged looting? Mark you, Fani-Kayode, on July 13, 2021, along with a former Minister of Finance, Nenadi Usman, still stood trial before Justice Daniel Osiagor of the Federal High Court, Lagos, for allegedly receiving part of the N4.9bn security vote purportedly shared by a former National Security Adviser, Col. Sambo Dasuki (retd.).

In another corruption case, the Economic and Financial Crimes Commission, on February 23, 2021, dragged Fani-Kayode before Justice John Tsoho of the Federal High Court, Abuja, alleging that he received money stuffed inside a Ghana-Must-Go bag from the account section of the Office of the National Security Adviser, Abuja.

Is it in the same spirit of Buhari’s forgiveness that the Attorney General of the Federation, Abubakar Malami, withdrew the N25bn fraud case against a former Gombe State governor and current Gombe-Central senator, Danjuma Goje, after the case had gulped N150m of taxpayers’ money?

Sadly, all the indicted heavyweight politicians, who called the shots during the Goodluck Jonathan ruinous years, and have defected to the All Progressives Congress, have had their passports and seized properties returned to them, making Buhari’s anti-corruption fight an Aki and Pawpaw comedy show.

If Buhari’s forgiveness of Fani-Kayode was on a personal note, taxpayers’ resources shouldn’t have been utilised to publicise the irritating event on national TV, radio and in newspapers.

The sycophants singing into Buhari’s ears should be told in plain language that the N4.9bn financial corruption sin Fani-Kayode allegedly committed was against the Nigerian state, and not against the President.

Thankfully, Buhari has a pastor as a deputy. Pastor-Professor Yemi Osinbajo should teach Buhari the lessons inherent in the forgiveness Jesus Christ granted the robber on his right hand during the Crucifixion.

During his crucifixion, two robbers tied to crosses, flanked Jesus Christ. The one on the left taunted Jesus, telling him that if he was the Son of God, he should save Himself and them. But the one on the right acknowledged Christ as the Lord, and begged Him to remember him when he got to His Kingdom.

The lesson herein is that Fani-Kayode hasn’t confessed his guilt or proved his innocence before a court, so, he cannot be forgiven. President Buhari should know that Nigeria is  not his herds of cattle that he can lead by the jerks of his ego. Nigeria must be led by the rule of law.

In a telephone chat, Nigeria’s former Ambassador to the Philippines, Dr Yemi Farounbi, said Fani-Kayode wasn’t worth the dust raised over his defection, warning that bad advertisement could sway undiscerning members of the public.

I agree with the revered teacher, broadcaster, TV producer and author.

I’ll never waste my time recalling the innumerable curses, abuses and evocations Fani-Kayode has poured on Buhari; birds of a feather, they say, flock together.

But I’ll take exception to a 78-year-old mortal playing god, and his media acolyte, polluting the air with rancid tartuffery.