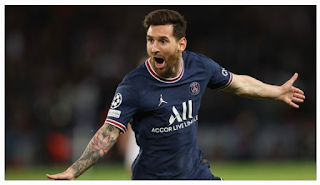 Gueye gave PSG the lead, shooting the ball to the top right corner of the net eight minutes into the game.

PSG maintained their lead into the second, while City struggled for an equaliser.

Messi ended his goal drought, firing in the second goal for PSG in the 74th minutes, pushing City back to defend to avoid conceding more goals.

With Tuesday’s win, PSG takes first position in Group A with 4 points in two games.

Club Bruge who defeated Leipzig 2-0 is second behind PSG by goal difference, while Manchester City is tied with 3 points in two games.