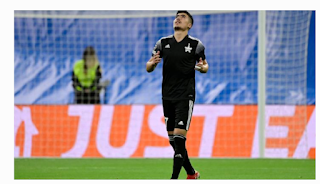 The visiting side defeated Madrid, 13-time winner of the Champions League, 2-0, pulling off a crucial away win at the Bernabeu.

Jasurbek Yakhshiboev gave Sheriff the lead in 25th with a super header, leaving Madrid to struggle for a comeback in the second half.

Karim Benzema eventually levelled up for Madrid in the 65th minute from the spot while Madrid dominated the game controlling 76 per cent ball possession, taking 31 shots, out of which 11 were on target.

Speaking after the game, Madrid coach Carlo Ancelotti said the club’s performance was worrisome because “we could have won 3 points.

“More than worried, we are sad because I think the team did well. They played with intensity and sacrifice.”

Inter Milan and Shakhtar Donetsk are respectively third and fourth in the group with one point in two games so far.