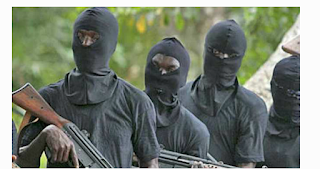 This was contained in a press release signed by the command’s spokesman, Babawale Afolabi, and made available to journalists in Ilorin on Sunday.

Mr Afolabi said the incident happened at night, on September 25, during which two other persons sustained bullet wounds.

“On September 26, some community leaders from Ahun farm settlement in Oro-Ago, reported at our divisional office in the area about an attack on their community by unknown gunmen,” said Mr Afolabi. “The gunmen were in their large numbers, and they started shooting sporadically when they entered the community, which resulted in the killing of one Rukayat, a teenager, by a stray bullet.”

The spokesman added that the NSCDC had not established the motive behind the attack, adding, “We have commenced further investigations.”

He explained that the command was working with the community’s leaders to get to the roots of the matter, adding that additional security officers had been deployed around the community to forestall another attack.