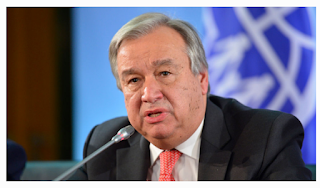 The United Nations has urged world leaders to put female workers on equal footing as male workers while creating policies to address the fallout from the global COVID-19 crisis.

In an article published on Saturday to mark the 2021 Equal Pay Day, the UN disclosed that the global gender pay gap, which stands at 16 per cent, has subjected millions of women and their families to abject poverty.

Describing the pay disparity as a glaring injustice against women, the UN called on countries to create policies to end the gender pay gap.

“Globally, the gender pay gap stands at 16 per cent, meaning women workers earn an average of 84 per cent of what men earn. For women of colour, immigrant women, and women with children, the difference is even greater,” the article reads.

“These discrepancies in pay add up and have real, daily negative consequences for women and their families. The adverse impacts are exacerbated even more by crises.

“It is estimated that the widespread effects of COVID-19 could push 96 million people into extreme poverty by 2021, bringing the total number of women and girls living on USD 1.90 per day to 435 million.

“Equal pay matters because it is a glaring injustice and subjects millions of women and families to lives of entrenched poverty and opportunity gaps,” the UN said.

“On average, women make 80 cents for every dollar men earn for equal work. That figure is even less for women of colour & those with children. On #Equal Payday, let’s resolve to dismantle the discrimination & gender stereotypes that contribute to the gender pay gap,” Mr Guterres said in a tweet on Saturday.

The call for equal pay comes as male sportsmen continue to receive higher remuneration than their female counterparts.