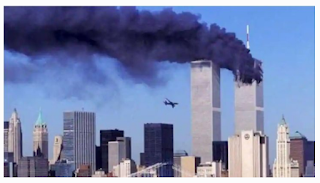 The Security Council of the United Nations and U.S. President Joe Biden have commemorated the 20th anniversary of the September 11, 2001 (9/11) bombing by terrorists group Al-Queda network.

In a press statement on Saturday, the UN Security Council offered condolences to the families and friends of those killed in the attacks.

“Today, the members of the Security Council marked this solemn anniversary with a visit to the September 11 Memorial and Museum in New York City. The members of the Security Council are as united today as they were 20 years ago in their commitment to prevent and counter terrorism, in all its forms and wherever it occurs, consistent with international law,” the statement said.

The Security Council reiterated its commitment to the United Nations charter to “save succeeding generations from the scourge of war…and for these ends to unite our strength to maintain international peace and security.”

President Joe Biden, in a video released on Friday, paid tribute to the 2,977 people who lost their lives.

“We honour all those who risked and gave their lives in the minutes, hours, months and years afterwards,” Mr Biden said, speaking of the emergency workers who responded to the attacks.

Commemoration events are due to take place on Saturday where Mr Biden will be visiting each of the sites where hijacked planes crashed in 2001, seeking to honour the victims of the devastating assault.

It has been two decades since a series of four coordinated terrorist attacks by al-Qaeda against the United States of America. Hijacked aircrafts were flown into the twin towers of the World Trade Center; both 110-story towers collapsed within an hour and forty-two minutes, killing about 2,977 people.

The 20th anniversary of 9/11 attacks comes amidst the recent withdrawal of troops from Afghanistan and return to power of the Taliban.