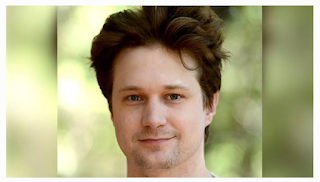 Without a license from the Department of the Treasury’s Office of Foreign Assets Control (OFAC), U.S. citizens are not allowed to export goods, services, or technology to North Korea under the IEEPA and Executive Order 13466.

“As he admitted in court today, Virgil Griffith agreed to help one of our nation’s most dangerous foreign adversaries, North Korea.

“In the process, Griffith jeopardized the national security of the United States by undermining the sanctions that both Congress and the President have enacted to place maximum pressure on the threat posed by North Korea’s treacherous regime,” Mr Stauss said.

The statement said he was well aware that North Korea might use these services to dodge and circumvent U.S. sanctions and fund its nuclear weapons program and other criminal actions.

Mr Griffith was said to have in April 2019, attended the “Pyongyang Blockchain and Cryptocurrency Conference after the U.S. Department of State denied him permission.

At the conference, Mr Griffith delivered presentations, and according to the statement, “knowing that doing so violated sanctions against the DPRK.”

He is accused of providing instructions to North Korea on how to use blockchain and cryptocurrency technology to launder money and evade sanctions.

Mr Griffith’s presentations “focused on, among other things, how blockchain technology such as “smart contracts” could be used to benefit the DPRK, including in nuclear weapons negotiations with the United States,” the statement added.

After the conference, Mr Griffith was said to have pursued plans to facilitate the exchange of cryptocurrency between North and South Korea, despite knowing that assisting with such an exchange would violate the U.S. imposed sanctions.

He was said to have also attempted to recruit other U.S. citizens to “travel to North Korea and provide similar services to DPRK persons, and attempted to broker introductions for the DPRK to other cryptocurrency and blockchain service providers,” the statement said.

If convicted, Mr Griffith faces up to twenty years imprisonment.