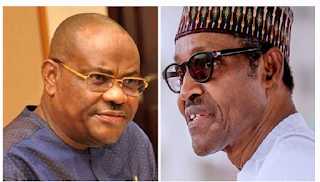 The Rivers government has approached the Supreme Court to challenge the Abuja Division of the Court of Appeal’s order preventing it from collecting VAT in the state.

Rivers wants the Supreme Court to order that the substantive appeal by FIRS be heard and determined by a fresh panel of the Court of Appeal.

Abubakar Malami, the attorney general of the federation, was joined as a respondent in the suit.

Rivers is also requesting the apex court to set aside the ruling made by the appellate court, which ordered the state to stop VAT collection pending the determination of an appeal filed by the FIRS.

On Friday, the court ordered the Rivers and Lagos authorities to stop collecting VAT pending determination of the application filed by the FIRS.

The Lagos government sought to join as co-respondent with Rivers in the suit filed by FIRS. The appellate court held that parties should refrain from giving effect to the judgment of the Rivers court pending determination of the FIRS application.

A three-member panel led by Justice Haruna Tsammani ordered that “the status quo ante bellum be maintained” and adjourned until September 16.

The FIRS had in an appeal marked CA/PH/282/2021 sought an injunction pending appeal and a stay of execution of the Rivers court judgment on VAT collection.

The Rivers Division of the Federal High Court, in a suit marked FHC/PH/CS/149/2020, declared the collection of VAT by the federal government unconstitutional and Rivers the rightful body to receive personal income tax and VAT emanating from the state.