We have population to dominate Nigeria for decades: Northern Elders’ Forum - The Naija Weekly

Home News We have population to dominate Nigeria for decades: Northern Elders’ Forum

We have population to dominate Nigeria for decades: Northern Elders’ Forum 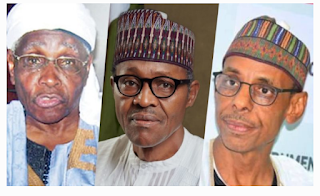 The North has the population to dominate Nigeria for decades, says the Northern Elders’ Forum, amid calls that the 2023 presidency should be zoned to the South.

He stated this in his keynote address at the inaugural edition of the Maitama Sule Leadership Lecture Series held at Ahmadu Bello University (ABU), Zaria, over the weekend.

Arguing the northern group’s position, he stated, “Why should we accept a second-class position when we know we can buy forms and contest first-class and we will win? Why does anybody need to threaten us and intimidate us? We will get that power, but be humble because power comes from God. We inherited leadership; being honest is not being stupid.”

In what appears to be a response to the southern governors’ forum’s demand that the South should produce the next president and that states should collect VAT, the NEF chieftain added, “There are clearly Nigerians who believe that because the economy of the North has already been crumbled and we are running away from insecurity, we are politically vulnerable – they think they can buy us for 2023.”

“They (the South) are making a mistake,” said Mr Baba-Ahmed.

He asserted that though humble, the “North has pride.”

“We are humble enough to know that we are going to run Nigeria with other people. But we are not going to play second fiddle to anybody. We may not have the most robust economy,” he insisted. “There are people who are trying to strangulate us even more than we are being strangulated. We are ready for this.”

The NEF chieftain further pointed out that the northern region would overcome its current precarious situation.

“We will consider every economic adversity, challenge. We will fix the northern economy, and we are the only one who can fix this northern economy,” added Mr Baba-Ahmed. “For that reason, we are not for sale. We are in the process of rebuilding the North, and we will rebuild the North from 2023.”

In July, the southern governors in a six-point communiqué issued after a meeting in Lagos asserted that the South must produce the next president.

In another meeting held in Enugu last week, they also backed states to collect VAT.

Editor’s Note: This story has been updated to correct the position of southern governors in their July communique issued in Lagos. It was for the South to produce the next president, not the North.